The world is mourning the death of Australia’s most renowned obstetrician and gynaecologist, Dr Catherine Hamlin AC, who died, age 96 at her home in Addis Ababa, Ethiopia on Wednesday March 18th, 2020.

Catherine, together with her late husband Dr Reginald Hamlin OBE, co-founded Hamlin Fistula Ethiopia, a healthcare network treating women who suffer from the debilitating effects of an obstetric fistula – a horrific childbirth injury.

To say Catherine was a remarkable woman is an understatement. In our eyes, she is a saint. She was much-admired for her work in Australia and globally. She was twice nominated for a Nobel Peace Prize, has been recognised by the United Nations as a pioneer in fistula surgery, in 1995 Catherine was awarded Australia’s highest honour – the Companion of the Order of Australia, in 2018 she was named NSW Senior Australian of the Year. In 2012, the Ethiopian Government awarded Catherine Honorary Ethiopian Citizenship and in 2019 the Ethiopian Prime Minister Abiy Ahmed presented her with Eminent Citizen Award in recognition of her lifetime of service to the women of Ethiopia.

In 2020 Catherine celebrated her 61st year in Ethiopia. She lived most of her life there, in her original house on the grounds of her Addis Ababa Fistula Hospital, adored by her patients, staff and the Ethiopian people. She was often referred to as “Emaye” meaning Mother. Catherine was not just committed to spending her life treating thousands of women, she spent her whole adult life changing lives – for the better.

Women and girls who suffer from obstetric fistula have been described as our modern-day lepers. Obstetric fistula is a horrific childbirth injury, that leaves women incontinent. It is caused by long, unrelieved obstructed labour. Tragically, 93% of obstetric fistula survivors give birth to a stillborn baby. Women with obstetric fistulas live with a constant stream of leaking urine and, in some cases, faeces. These women and girls are often ostracised from their communities and rejected by their husbands.

Catherine Hamlin lived to give these women their life back.

Elinor Catherine Nicholson was born on January 24th, 1924 in Sydney. One of six children to Elinor and Theodore Nicholson, the family lived in the Sydney suburb of Ryde and Catherine completed her schooling at Frensham School, Mittagong, in the Southern Highlands of New South Wales. Following an innate desire to help women and children, she enrolled in medicine, graduating from the University of Sydney’s Medical School in 1946. After completing internships at two Sydney hospitals; St Joseph’s Hospital, Auburn and St George Hospital, Kogarah, Catherine accepted a residency in obstetrics at Sydney’s highly regarded Crown Street Women’s Hospital. It was at Crown Street that she met and fell in love Dr Reginald (Reg) Hamlin. They married in 1950 and had a son, Richard, in 1952.

In 1958, the Hamlins answered an advertisement in The Lancet medical journal for gynaecologists to set up a school of midwifery in Addis Ababa, Ethiopia. Together with their six-year-old son, Richard, they travelled to Ethiopia to take up the contract. What had been intended as a three-year stay in Addis Ababa turned into a lifetime of service to the Ethiopian people.

Once Catherine and Reg started work at the Princess Tsehai Memorial Hospital, they found themselves treating women suffering obstetric complications on a scale unimaginable in a Western hospital. Before the Hamlins arrived in Ethiopia, patients with obstetric fistulas who sought medical help at the Princess Tsehai Memorial Hospital were turned away as they had no cure for their humiliating condition. The Hamlins had limited knowledge about obstetric fistulas as they had never had to deal with one before. Confronted by the tragic plight of women with obstetric fistula, and never having seen this condition in Australia, Catherine and Reg had to draw on medical literature from the 1850s to develop their own surgical technique. The technique they perfected is still used today.

As news of the Hamlins’ work spread, more and more women came to them for help.  At first, they built a 10-bed fistula clinic in the grounds of the Princess Tsehai Memorial Hospital. Then, amidst the communist revolution, they built their Addis Ababa Fistula Hospital which opened on May 24th, 1975. There are now six Hamlin Fistula Hospitals across Ethiopia. Over the past 61 years, more than 60,000 Ethiopian women suffering with an obstetric fistula have received life-changing reconstructive surgery and care, thanks to the Hamlins’ vision.

Catherine’s strength and passion to offer free fistula surgery wavered only once in her lifetime, following the death of her beloved Reg in 1993. Days after his funeral, Catherine felt overwhelming fear at the prospect of running the hospital by herself.  In this moment of grief, her long-time gardener Birru knelt by her chair, “He took my hand in his, kissed the back of it and said, ‘Don’t leave us; we’ll all help you.’” A deeply religious woman, Catherine felt these words were an enormous blessing and from that moment Catherine knew that she would be “quite alright.”

Her initial goal of training midwives became a reality in 2007 when she founded the Hamlin College of Midwives. High school graduates are trained in a four-year degree, then deployed to rural midwifery clinics, where they are most needed, breaking the cycle of unrelieved obstructed labour and thereby preventing obstetric fistula from occurring in the first place.

In 1983, Catherine was appointed a Member of the Order of Australia (AM) and in 1995 appointed to the higher rank in the Order, a Companion (AC) for ‘service to gynaecology in developing countries particularly in the field of fistula surgery and for humanitarian service to improving the health dignity and self-esteem of women in Ethiopia’. In 2001, the Australian Government recognised Catherine’s ‘long and outstanding service to international development in Africa’ by awarding her the Australian Centenary Medal. In recognition of her humanitarian work in Ethiopia she was included on the Australian Living Legends list in 2004. In 2009, Catherine was awarded the Right Livelihood Award, sometimes referred to as the Alternate Nobel Prize. In 2011 she was among 50 prominent Australians invited by Her Excellency the Governor-General Quentin Bryce to lunch with the Queen. In 2015, Catherine received the Australian Medical Association’s President’s Award. In 2017, a Sydney Ferries Emerald-class ferry was named the ‘Catherine Hamlin’ after thousands of Australian supporters voted for her.

Despite all these tributes, Catherine was always humbled in the extreme by all the media attention and awards. Drawing on the courage of Ethiopian women is what inspired her to accept such accolades, and awards were always an opportunity to promote the heartbreaking plight of the fistula patients and the needs of the hospitals treating them.

Catherine was most proud of her Hamlin Model of Care – holistic healing that is part of every patient’s treatment. “We don’t just treat the hole in the bladder, we treat the whole patient with love and tender care, literacy and numeracy classes, a brand-new dress and money to travel home.”

Today, Hamlin Fistula Ethiopia is a healthcare network of over 550 Ethiopian staff – many trained by Catherine – servicing six hospitals, Desta Mender rehabilitation centre, the Hamlin College of Midwives and 80 Hamlin supported Midwifery Clinics. Hamlin is the reference organisation and leader in the fight to eradicate obstetric fistula around the world, blazing a trail for holistic treatment and care that empowers women to reassert their humanity, secure their health and well-being, and regain their roles in their families and communities.

Catherine published her autobiography, co-written with Australian journalist and author John Little, The Hospital by the River: a story of hope in 2001. In the book, Catherine makes clear that she and Reg saw their work as one of Christian compassion for the suffering.

Then in 2004, Catherine was profiled internationally on the Oprah Winfrey Show giving the Addis Ababa Fistula Hospital the kind of worldwide publicity that the Hamlins could never have imagined.

During the last years of her life, Catherine was confident that her legacy would live on, “When I die, this place will go on for many, many years until we have eradicated fistula altogether – until every woman in Ethiopia is assured of a safe delivery and a live baby.”

Catherine will be buried alongside Reg in the British War Graves Cemetery in Addis Ababa, her home for 61 years. At the 60th anniversary celebrations in 2019, Catherine said “I love Ethiopia and I have loved every day here. Ethiopia is my home.”

Catherine is survived by her only son Richard and his four adult children: Sarah, Paul, Catherine and Stephanie, her sister Ailsa Pottie and brothers Donald and Jock Nicholson.

“Catherine lived an incredible life having made an enormous difference to the lives and health of thousands upon thousands of women in Ethiopia. Her passionate commitment to women and maternal health through her trust and belief in fulfilling God’s work with love and devotion to others is something that we are all in awe of,” said Julie White, Chair of Catherine Hamlin Fistula Foundation.

ost of her 96 years were generously given to help the poor women of our country with traumatic birth injuries. We are all thankful for Catherine’s lifelong dedication. We promise to continue her legacy and realise her dream to eradicate fistula from Ethiopia. Forever,” said Tesfaye Mamo, Chief Executive Officer of Hamlin Fistula Ethiopia.

We are all committed to ensuring Catherine’s dream to eradicate obstetric fistula in Ethiopia becomes a reality.

To say Catherine was a remarkable woman is an understatement. In our eyes, she was a saint.

"My dream is to eradicate obstetric fistula from Ethiopia. I won’t achieve this in my lifetime, but you can in yours.” 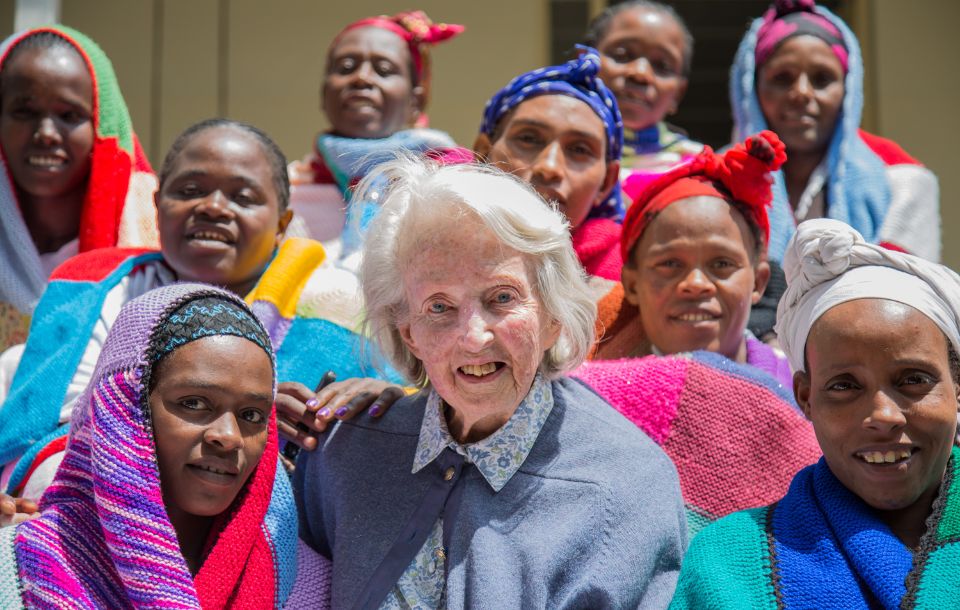 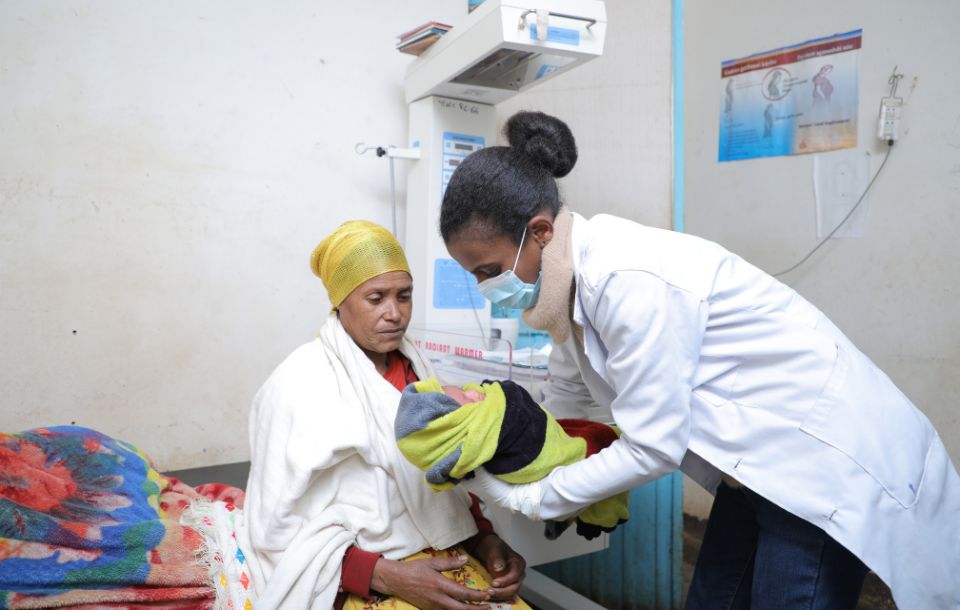 “We are delighted to be graduating well clinically trained midwives who work in their own home areas preventing fistula… My dream is to have a midwife in every village of Ethiopia.” – Dr Catherine Hamlin The Hamlin College of Midwives continues as a centre of excellence for the training of midwives in Ethiopia.  Since 2007, […]... 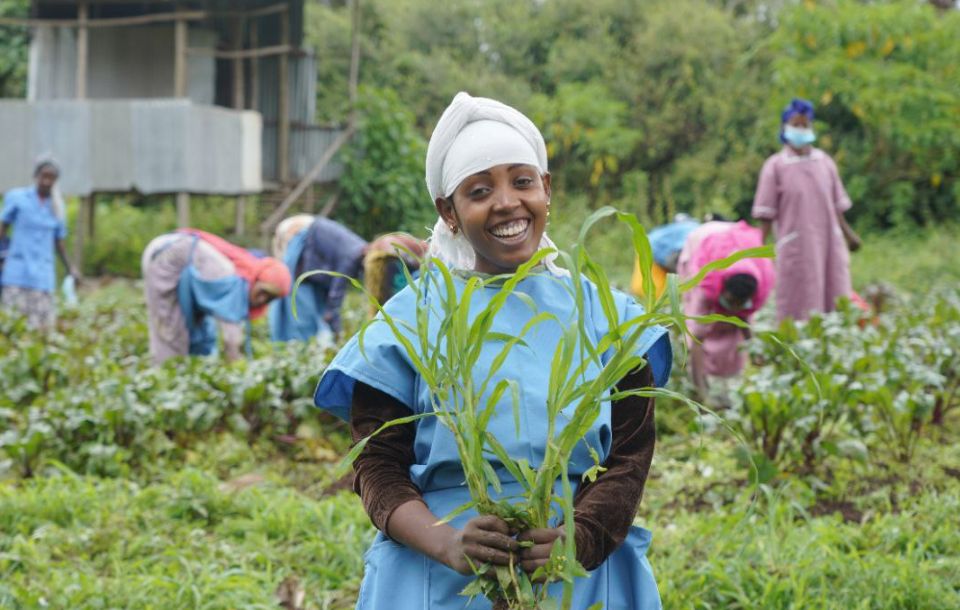 “We don’t just treat the hole in the bladder, we treat the whole patient with love and tender care, literacy and numeracy classes, a brand new dress and money to travel home.” – Dr Catherine Hamlin Repairing a woman’s obstetric fistula injury is not the end of her story. Having lived in social isolation for […]...